Thirty-six years ago tonight, I had no idea my life was about to veer onto a drastically different course when I decided to go out dancing alone.

That's when I first met Tom.

Looking back, it's easy to see God's hand in the whole thing, but I was just going on 'gut' feelings. Being an agnostic at the time, I didn't realize I was actually stepping out in faith.

Re-reading this blog post always reminds me that God has a plan for me. So, without further ado, here's yet another repost of "The Beginning of Us"... because I love this story! Happy anniversary to us!

Tom asked me to dance on Sept. 25, 1981. I was at Kenny Stabler's Diamondback Saloon on a rare Friday night off, in a bad mood because my boyfriend of five years "had other plans" that night. That wasn't unusual - he wasn't a very good boyfriend. To top it off, none of my friends I expected to see were there that night. I felt very alone.

I guess that's how it is with a miracle - when you least expect it, when you feel like nothing is going right, it pops up out of the blue, or, in this case, steps up and asks you to dance.

This is my version of that night: It was some Michael Jackson song that I didn't like - Tom knows which one - and I wouldn't normally dance to it, not even in a good mood. I had the "no" on my lips, but "yes" came out instead. What could I do but follow him onto the dance floor, waiting for the song to end so I could go back in my corner and brood some more?

But when the song ended, a country-western tune started right up and he asked me to dance again. I hesitated - I had talked to him enough to notice he had a funny accent, which meant he was probably a Yankee and wouldn't know how to two-step. But before I could answer, he took me in his arms and started dancing. Two-stepping, no less!

While we danced, we talked. I learned his name was Tom, that he was from Maryland, and that he was twenty-four even though he looked younger than me. By the time the song was over, I had agreed to sit at his table.

He was with an interesting mix of people...including a friend's Welsh wife (the friend was a Pasadena cop who was working nights), her New York friends, and Chris, a redhead from Maryland who preferred punk rock to country-western.

I was the only Texan.

When it was time to leave, he walked me outside, asked what I was doing the next night (going to Gilley's to see Alabama perform) and could he meet me there? Sure. My boyfriend had already told me he didn't want to go. Then, with a peck of a kiss, Tom walked away to join his friends, leaving me to wonder what the heck had just happened.

I told my boyfriend, Chris, I was meeting someone at Gilley's. He didn't care. He obviously wasn't worried.

I was worried, though. Worried I wouldn't recognize Tom. I stood at the bar where I could see customers coming through the door. Was that him? "Tom," I called. He glanced up in the direction of my voice. I smiled and waved. He smiled and made his way to me. Whew!

I don't know if I believe in "love at first sight," or if there's such a thing as "someone for everyone," soul mates destined to meet and live happily ever after. But I do know that something changed in me that night at Gilley's. Tom and I talked, laughed, and danced. Later, he walked me to my car, and we really kissed. He asked for my phone number and I gave it to him. I didn't know if this was something that would last forever, but I knew I wanted to spend more time with him. I knew I would be telling my boyfriend good-bye, no matter what happened between me and Tom.

The next two weeks were a blur of emotions and firsts...

Cute cards saying he missed me rested on my condo doorstep when I stumbled home after working the night shift. Was this guy for real? I dragged him to meet my friends and family, to get their opinion. Maybe there was something I wasn't seeing. But they all liked him...I liked his friends...they liked me. Where was the glitch? I couldn't find one.

It was an emotional high with an undercurrent of deep sadness. Chris had been a terrible boyfriend most of the time, but I loved him. We just weren't good for each other. However, I really didn't think I could fall for anyone else until I met Tom.

As jealous as he'd always been, I guess Chris didn't think I would fall for anyone else, either, and it hit him hard. One morning soon after meeting Tom, I had just gotten to sleep after working the night shift, when a banging on my door woke me up.

It was Chris. He went straight into my kitchen and grabbed a butcher knife. Before I had time to be scared, he jerked a small Norfolk pine he had given me out of its planter, scattering dirt all over the carpet, and started hacking away at the trunk, saying it was a symbol of our love. (To his credit, a few months later he called and apologized for how badly he had treated me and wished me well. We had just been kids, after all.)

Two weeks after that first dance, Tom and I spent a perfect day at the Renaissance Festival outside of Houston with my parents, my brother, his girlfriend, and Tom's best friend. That evening, it happened: "Will you marry me?"

Wait! Was I crazy? "But don't tell anyone," I added. "Ask me again in a couple of months, and do it right, with a ring, even if it's a Cracker Jack ring."

Two weeks was just too soon. I had to find out what was wrong with him. There had to be something - he was just too good to be true. Two months should be plenty of time.

But he called all of his brothers and friends, anyway. "I'm getting married!"

They couldn't believe it. At his older brother's wedding just two months before, everyone had teased him he'd be next in line. "No way! I'm too young. I'm not getting married until I'm thirty-five."

Two months later landed on Thanksgiving. We went to my parents, after I had worked all night and only squeezed in a couple of hours of sleep. He dumped a dozen boxes of Cracker Jacks on my lap and told me to start looking for a ring. "What? You're nuts. They don't put rings in Cracker Jacks boxes anymore."

"Okay, you open these two and I'll open these," he said, somehow still smiling at me.

Grumbling, I opened the first box and dug out the prize envelope. I felt it before I opened it - a ring.

My mouth dropped open. "Is it real?" But I knew it was. "How did you do that?" I might have been a little foggy from lack of sleep, but I swear the box and envelope had both been sealed.

He took the ring from me. "Will you marry me?"

Of course I said yes - again - and the rest is history. 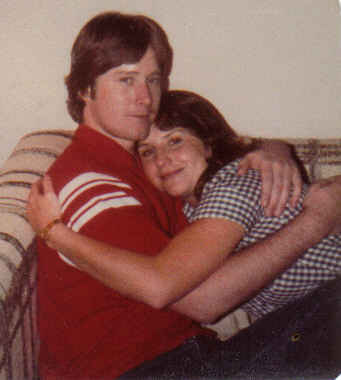 Postcards from Greece, Dragonflies, and other sweet!s

Deep in the sun-searched growths the dragonfly
Hangs like a blue thread loosened from the sky.

This morning as Belle and I finished our walk, a dragonfly buzzed close, circling and circling. It even hovered about a foot from me for a few seconds, providing me a good look at its glimmering green and turquoise body,before finally flying off and disappearing into the trees.

What a sweet moment!

I've noticed a lot dragonflies zipping around the hollow lately. They never seem to land, just zip, zip, zip, but in 2010 dragonflies of every color posed for me.

The friendly one this morning reminded me of those old photos, so I went searching through my files so I could share this with you. 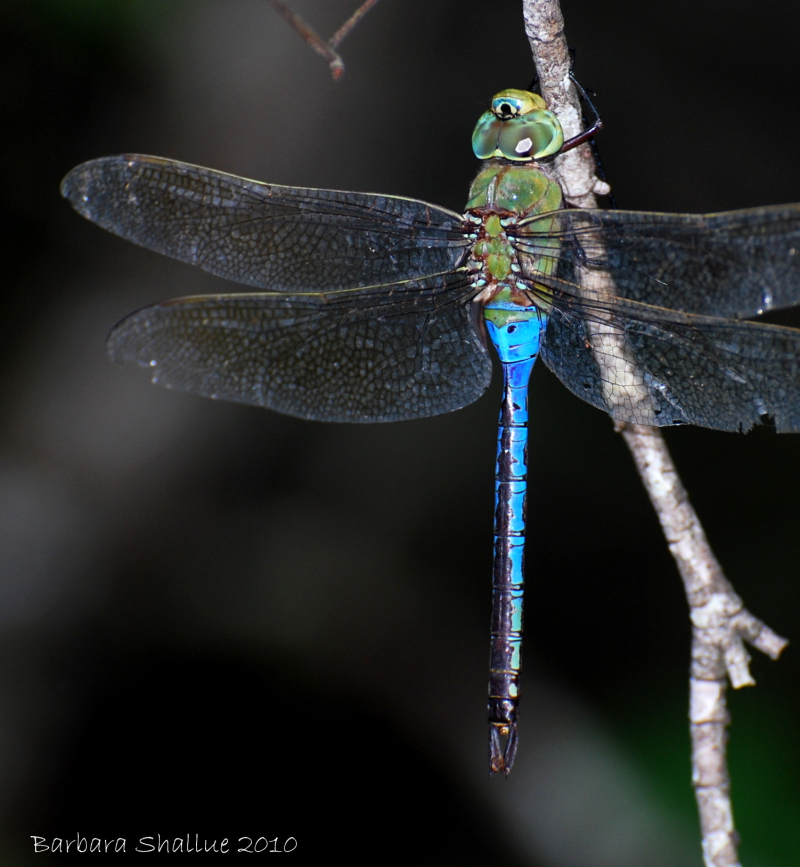 Dragonflies are just amazing, aren't they?

I wish I could say I took the next photo.  My son and his wife are finishing up an idyllic week in Greece, which followed an idyllic week on the Amalfi coast of Italy. It's an early birthday celebration for my daughter-in-law.

Those kids know how to celebrate, that's for sure!

They are both awesome photographers, too, capturing amazing views, architecture, and slices of life, besides making sure they get some photos of themselves experiencing all of it.

I've enjoyed following along on their adventures and have added all of the places they've visited to my bucket list. I'm so grateful for Instagram and Facebook! 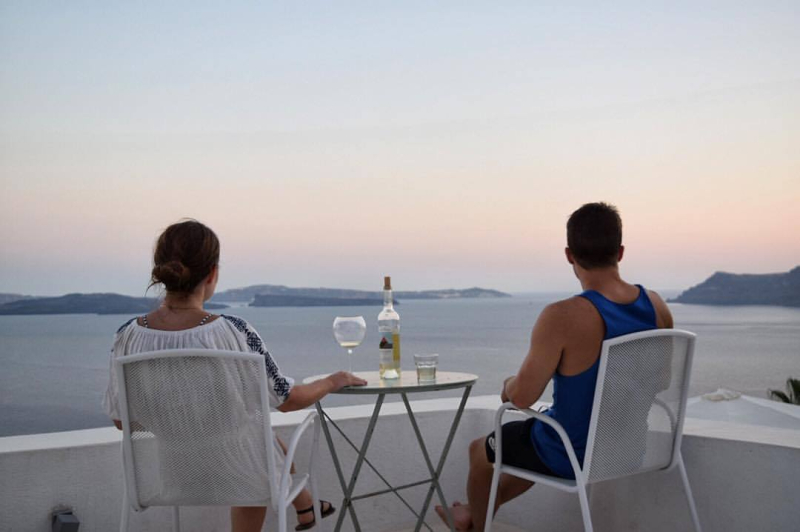 And now for a few other sweet!s from the past two (or so) weeks, working backward ...

Celebrating another friend's 55th birthday by dancing for hours 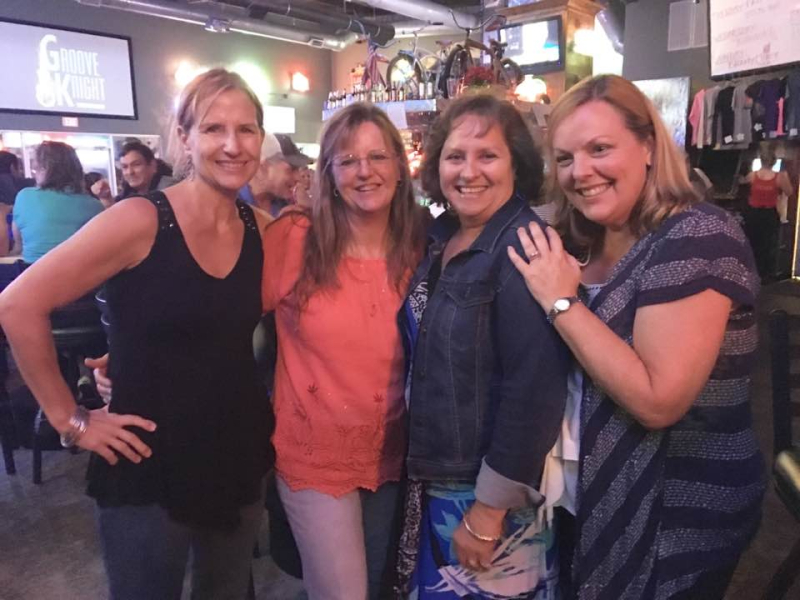 A blog/photographer friend providing authentic recipes for Spanish tapas for me for a Wine & Tapas meeting I'm going to this week. (Sidenote: I met Juana through her food-story blog years ago. Although I've never met her in person, I consider her a dear friend. She has an amazing story, which she has had published. Unfortunately for me, it hasn't been translated into English yet, but if you read Spanish, you should buy it and read it. I know it's good. "Por Una Sonrisa")

Our hollow at night... the smell of the cedars and the creek, the sound of night insects, and the stars scattered across the sky

Finally adding posts to the real estate blog I started last year... "Your Austin Sweet Austin Home". (Please check it out and share it with friends! Thank you! )

Having the flexibility to cover for our church secretary at the last minute when she needs to go to the doctor.... 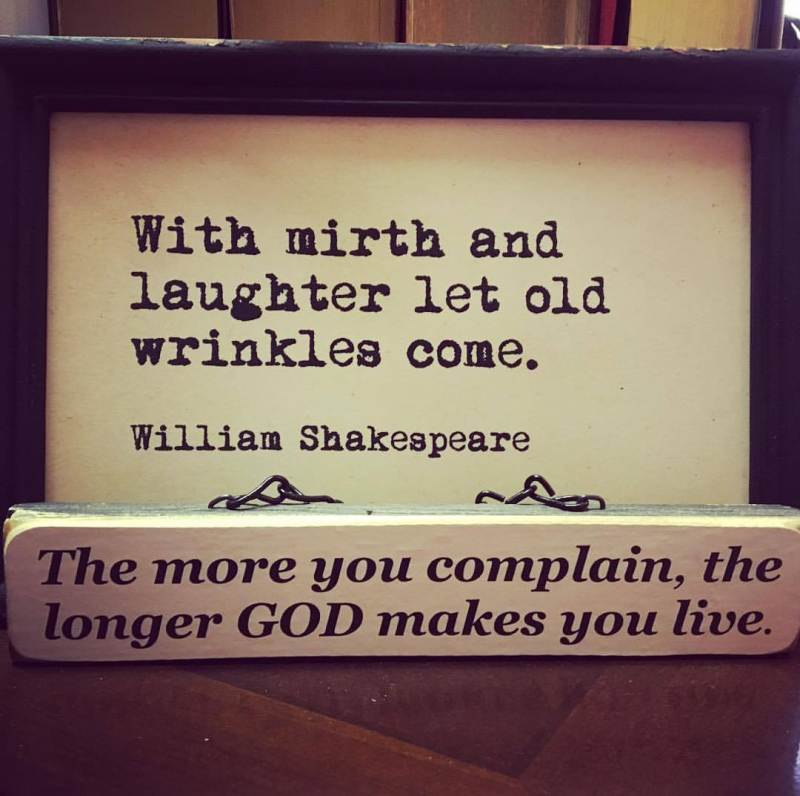 Lunch with my cousin

Finding a heart rock in my path almost every day 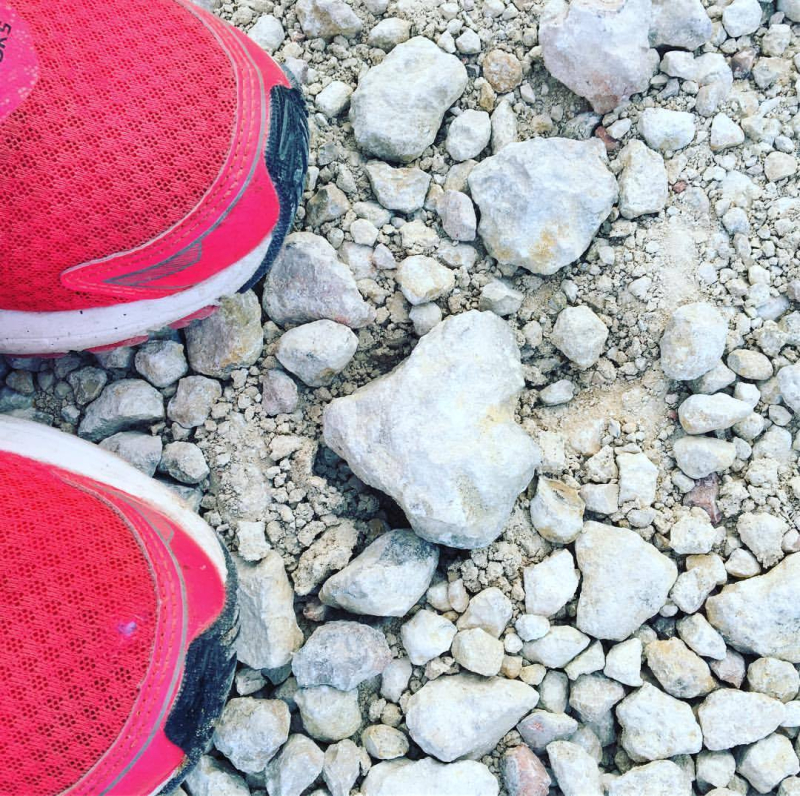 My listing in Kyle, Texas going live! (Help me find a buyer!) 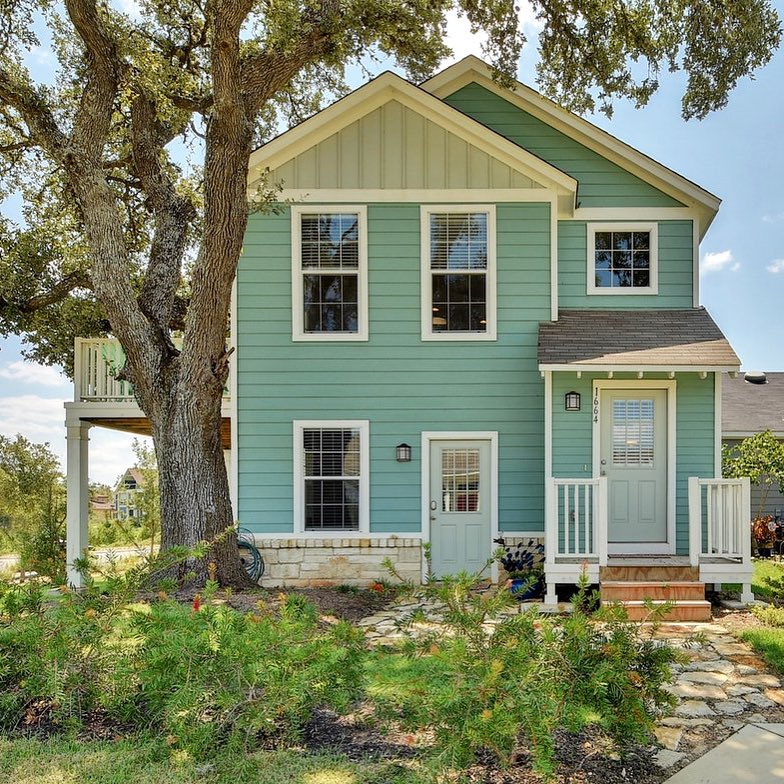 Driving on country roads at night with the full moon keeping me company and the windows open... the wind carrying smells of the lake and campfire smoke and the promise of autumn

Thinking of my dad on the anniversary of his passing and my father-in-law on his birthday, and giving thanks I was blessed to have both in my life

Enjoying sunrises over the hill country with Belle 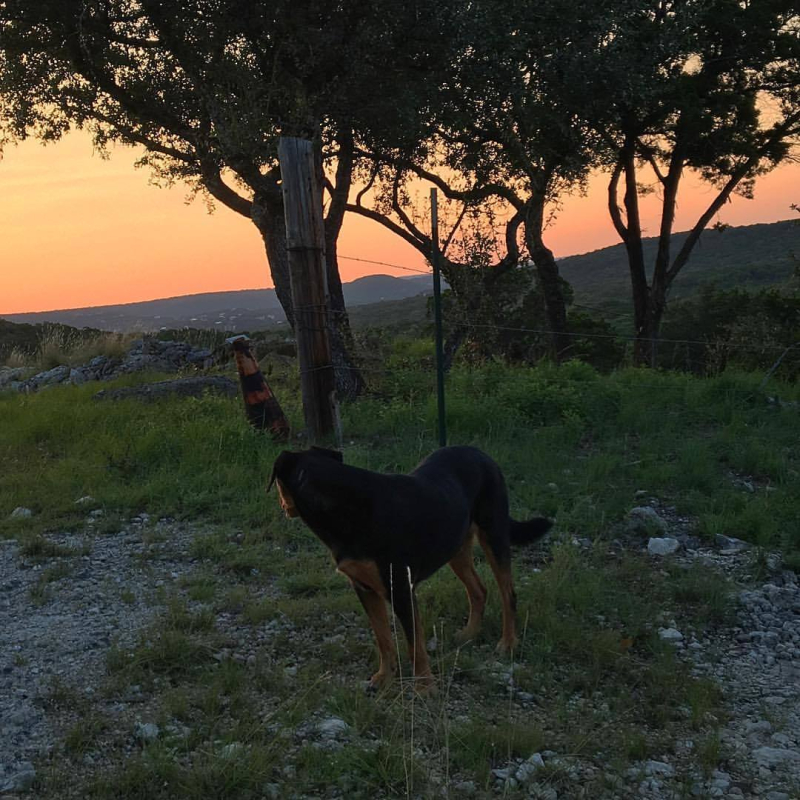 Dinner with friends at a floating restaurant on Lake Travis

Being able to check on friends and family in Houston via Facebook during the hurricane, and knowing most of them were high and dry 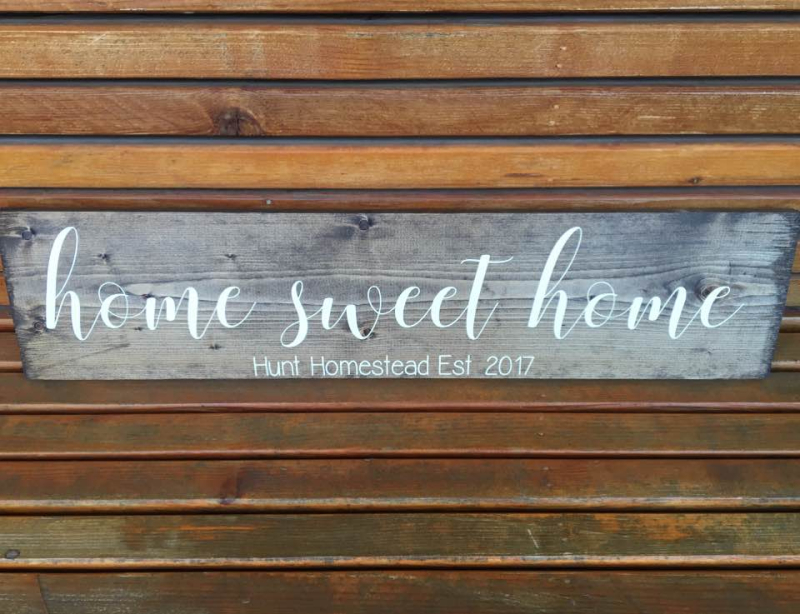 Dusk on my back deck, when the frogs begin to croon, harmonizing with the cicadas and evening birds 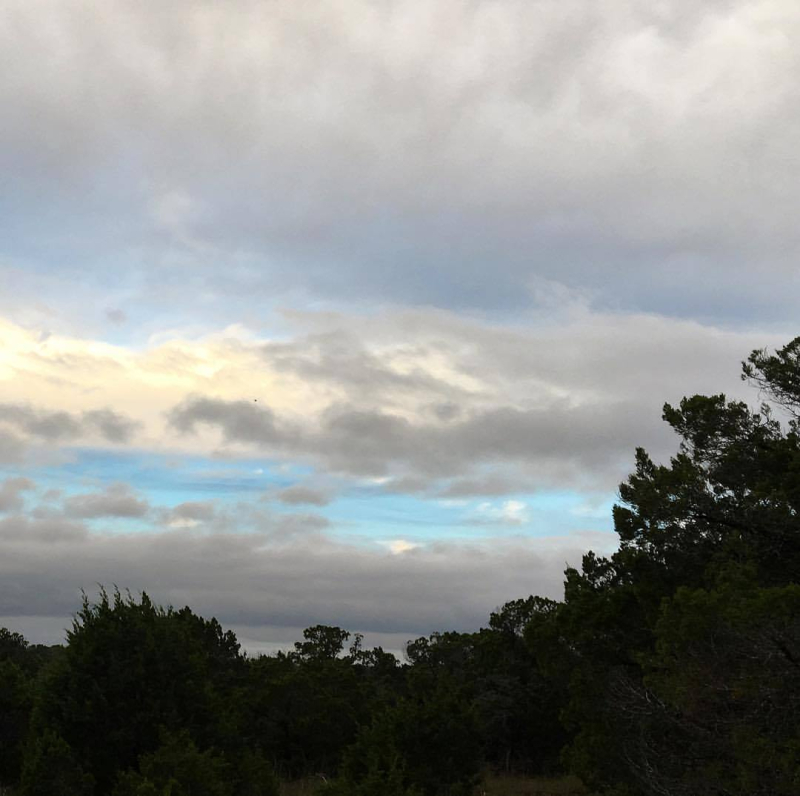 Autozone employees, who in less than 15 minutes had diagnosed and replaced my dying car battery

Watching the Game of Thrones finale with my kids 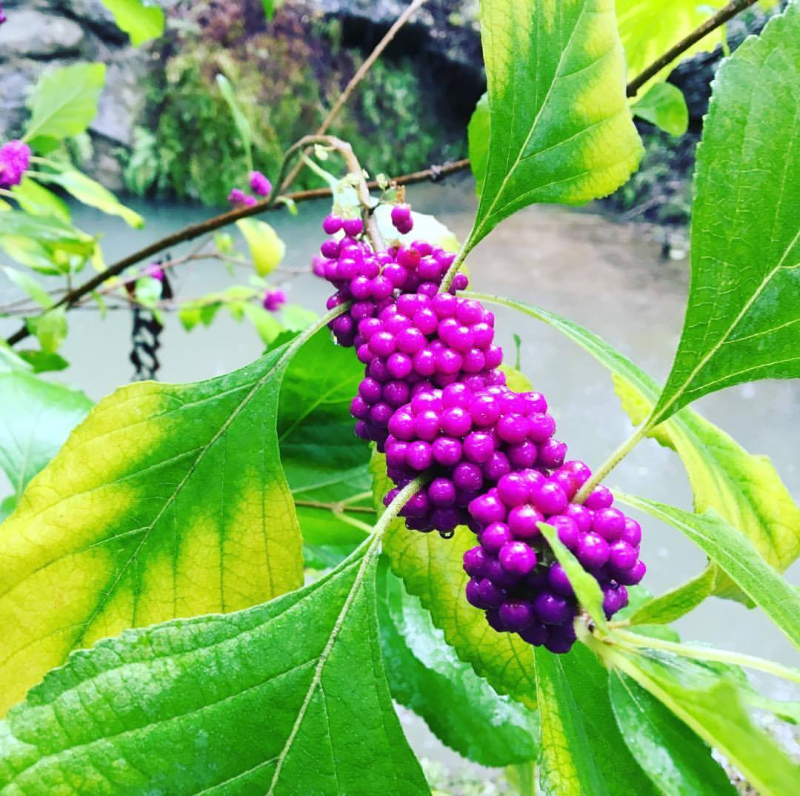 The great attitudes of those friends and family who did get water in their homes. They have reminded me that...

Happiness is an attitude. We either make ourselves miserable, or happy and strong. The amount of work is the same.