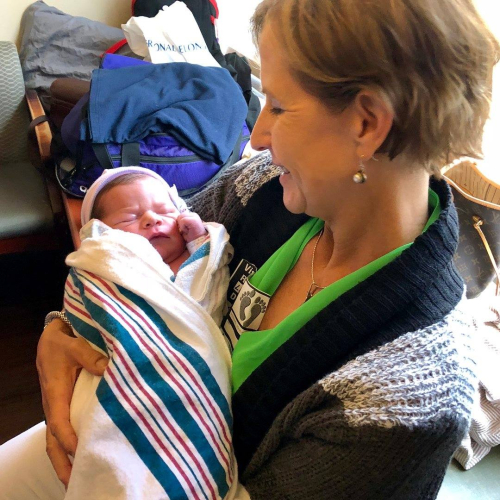 As some of you know, just over a year ago, I experienced the sweetest of 'firsts' - I became a grandma. I've already mentioned it a few times, but as you're well aware, grandmas love to talk about being a grandma!

It was a complete transformation that I felt deep in my heart with just the sound of that first tiny cry echoing out of the birthing room. It was sealed and stamped minutes later with the sight of my firstborn cradling his own firstborn in his arms.

Unlike parenting, there's no real training for being a grandparent. You're just guided by that gut feeling of love, awed again by the miracle of life, but strictly controlled by the rules set forth by the parents. You're an assistant, eager to help and afraid of making a mistake.

And that's okay. What a joy it has been to watch my son and daughter-in-law evolve and grow as much as my grandson has over the past year. It has reawakened memories of my own first year as a mother, of us becoming a family, no longer just a couple.

I admit a lot of my remembering is due to the journal I started shortly before my eldest was born. I continued journaling up until... well, about the time I started this blog. Somehow I kept up with four journals - one for me, and one for each of my three kids. I didn't write in them every single day. Just once a week or once a month - whenever I had time, just hitting the highlights. (A lot like my blogging now!)

Reading back through my journals I'm amazed at how much I have forgotten, or just remembered WRONG. I encourage every parent to start journaling about their kids, right this moment, if you aren't already, whether they are newborns or teenagers.

I wish I had taken my own advice and started journaling about little C the moment he was born.

At the time of his birth, it had been years since I held an actual newborn, much less changed a diaper.  I was rusty at first, but soon my hands were changing diapers as if they had never stopped. Mixing formula and feeding little C his bottle was a totally new thing for me, though. I had never fed a baby a bottle until one of my dear friends became a grandmother, and then it was just once. I was really, really nervous.

But soon I treasured that time with him. As I held him in those early days, gazed into his deep blue eyes, marveled at the perfection of each tiny feature, time would peel away. Snippets of songs and lullabies would come back to me... songs from those long ago days when my babies were truly babies.

In those moments I could sense my mother's presence, assuring me I would be a good grandma. I think if I just follow the examples she and my mother-in-law set, I can't go wrong. They perfected the delicate dance of gliding in and out from the sideline as needed.

We are blessed to live near enough to see him fairly often, at least twice a month.  His parents are so good about snapping photos and videos and sharing them with us, in between. I'm extremely grateful for that, and for the digital world we live in today.

These past months have flown by and now he's already a one-year-old, recognizing me and reaching for me to pick him up, which makes my heart soar even more. We walk and he points and asks 'Whatsis?" at everything. It's a new world, magical and full of wonder, and he's re-opened our eyes to it.

Although for me, he's the most magical thing in it, for sure. 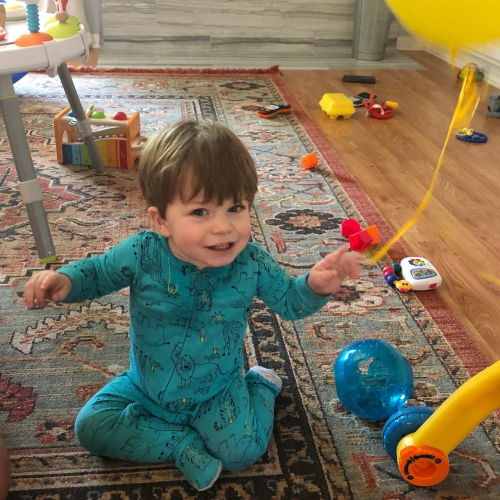 Life is a flame that is always burning itself out, but it catches fire again every time a child is born.

My last true "sweet" post was in January. I've continued keeping track of them daily in a journal, but don't worry... I'm not going to list them all, although I'll soon post about turning 60 in April, and completing my "60 by 60" challenge, which, with my son's help, I completed just in time! Now I'm into my "61 by 61" challenge.

One 'sweet' I've truly missed is blogging, both the writing of my own and the reading of my friends' posts, so stay tuned!