10 Things I Learned from Father Raj 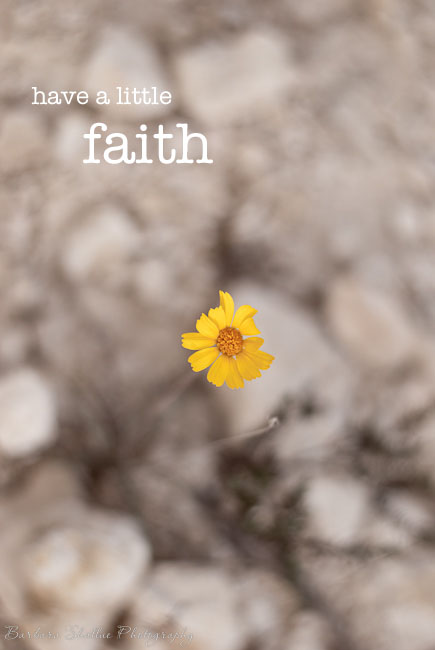 Our small parish had the same priest for about the first 20 years that we lived here. Father Joe founded the church, first holding Mass at a campground on Lake Travis. By the time he retired (in his 80's) the current church had been built, expanded, and a parish activity center built. Also, I had become a Catholic!

You can imagine how tough it must have been for the 2nd priest, Father Don, following in Father Joe's footsteps. He instituted quite a few changes in his 8 years as our priest before he, too, retired (in his 60's). Some people were happy with the changes, but some were not, of course. You just can't please everyone, and change is hard when you've become set in your ways. And we were all pretty set in our ways.

Father Raj was our next priest. Several decades ago, he had come to America from Tamil Nadu in India, where he grew up in a large Catholic family. His sister is a nun in the Missionaries of Charity, the order started by Saint Teresa of Calcutta. Father Raj once gave communion to Saint Teresa.

He came in with a "watch and see" attitude, not making huge changes but tweaking here and there, and only making big changes after much thought. He was calm and funny (he started every homily with a corny joke) but also confident and determined.

He also had a giving spirit, personally starting and running several charities in India, including a home for the elderly.

We were fortunate that he was our priest during COVID. With some parishioners' help, he started recording Mass live so we could watch at home. He remained positive and hopeful, which helped us remain that way, too. When we were able to return to church, he enforced rules that would keep us safe.

The plans we had for removing the decades-old carpet and replacing old chairs with pews had been put on hold during the pandemic, but as things started opening up and we thought it was behind us, he began moving in that direction again.

So it was such a surprise when he announced he would be leaving us for another parish after only 3 years at ours! It didn't seem fair to him or us, but having a true servant's heart, he accepted it as the will of God and helped us accept it, too. He said he would miss us because we were such a peaceful parish. I told him we really weren't - he was the peace in our parish.

We threw him a big party before he left to thank him for all he did in his short time we were blessed to have him. I shared the "Top 10 Things I Learned from Father Raj" at the dinner. When I was asked for a copy of them afterward, I decided I would just write them here and share them with everyone, because I think they are lessons we can all use. 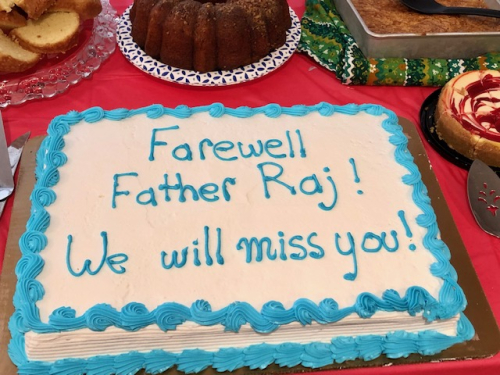 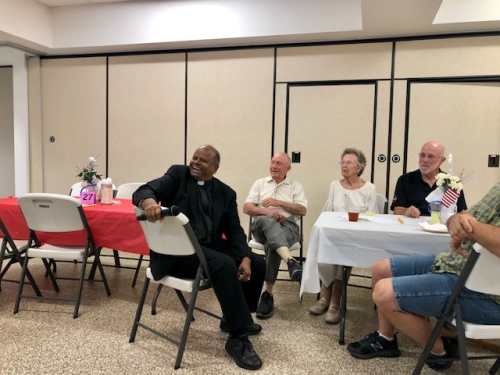 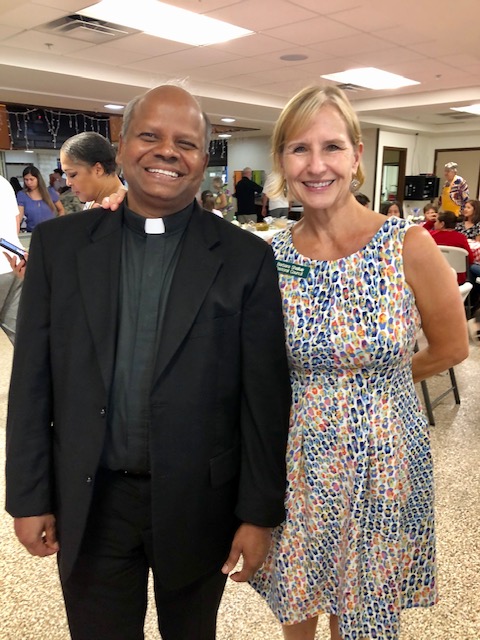 My grandmother once told me that the key to survival is flexibility. She lived well into her 90's and always had a playful, joyful spirit, so she knew what she was talking about. We now have a new priest - Father Ed. He has already made some changes, but I feel he is probably just what we need at this time. God has a way of knowing, doesn't he?

As we slip back into our masks and social-distancing, I pray that each of you stays flexible, safe, healthy, and hopeful.

Be the peace in this constantly changing world.

"The only constant in life is change."

Posted on August 15, 2021 at 07:11 PM in Feeding the Spirit, I believe in prayer, Inspiration and Heroes, peace, love and understanding, Remember when..., Worth Quoting | Permalink | Comments (2)